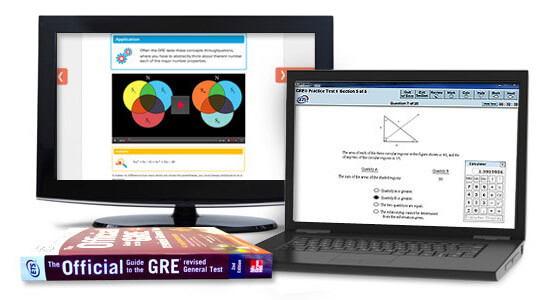 Our Expertise, Your Schedule

The Verbal and Quantitative Sections

A test-taker’s final scaled score for the both the Verbal portion and the Quantitative portion of the GRE is based on two factors:

The total number of questions that a student answers correctly on a both sections of a given type is the student’s raw score for that portion of the test. Through a process called equating, which takes into account the difficulty of the questions, the raw scores for both the Verbal and the Quantitative portions are converted into scaled scores on the 130 – 170 scale.

The Analytical Writing score is the average of a test taker’s score on the Issue task and his or her score on the Argument task. Essays are read and scored by two readers, each of whom gives the essay a grade on a scale from 0 to 6. If the two grades differ by less than one point, the average of those two grades becomes the final score for that particular essay. However, if the scores differ by more than one point, a third reader resolves the discrepancy and determines the final score. Once each essay has been assigned a final score, those two final scores are averaged and rounded to the nearest half-point. This number is the test-taker’s overall Analytical Writing score.

The following table lists all of the possible Analytical Writing scaled scores and the percentile rankings assigned to each of them.

Almost 90% of test-takers score 3 or better the Analytical Writing scale.